This page will act as a guide to the 2014 CrossFit SouthEast Regionals in Jacksonville Florida. We will slowly add information to this page as we lead up the regionals.  CrossFit HardCore currently has several athletes and teams that are competing at regionals.

The Jacksonville Veterans Memorial Arena is a 15,000 seat multi-purpose arena . 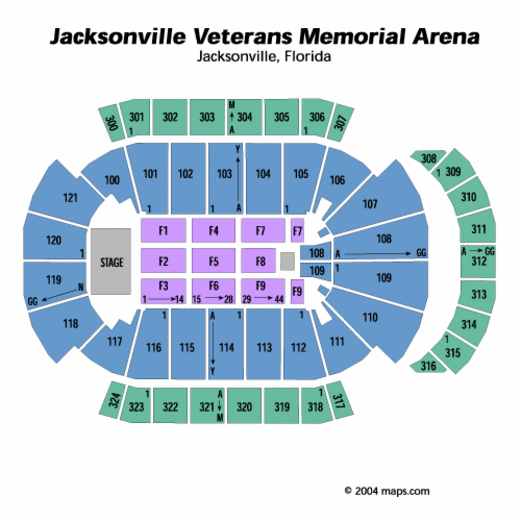 Tickets are $20 a day or $50 for the entire weekend.  If you want to buy them online click here.

Make sure you check out our guide about where to book your hotel for CrossFit SouthEast Regionals in Jacksonville Florida!

Places to eat near Veterans Memorial Arena in Jacksonville:

I printed out the following map as a guide to show you what is nearby the stadium. For reference, the stadium is on the bottom right corner.  According to Google it takes regular Americans about 15 minutes to walk to the Winn Dixie at the top. To get to the first restaurant to the left Olio (which is a sandwich shop with good reviews, duck grilled cheese anyone?) is about a 10 minute walk. The furthest restaurant on the map is the pita pit which Google puts at about a 20 minute walk. As most of you are CrossFitters I would guess this walk would be a little quicker for you! 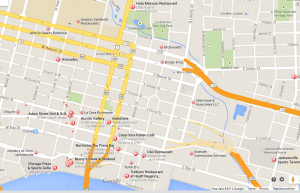 And here is a zoomed in Map for you:

If you want a GPS address to plug into your phone to get you walking in the right direct you can input Olio’s Address.  It is 301 E Bay St,Jacksonville, FL 32202.  Either stop by there or keep walking to your favorite place.

There should be plenty of parking and it will run you about 5 – 10 a day.  If you want to see your options or book ahead of time you can view this website that highlights places to park at the CrossFit SouthEast Regionals in Jacksonville.

For all the behind the scenes updates on the CrossFit HardCore Pompano Beach team, make sure you follow us on Twitter.  We will be posting pictures and updates throughout the weekend. Out twitter handle is: @CrossFitPompano.

If you are going to watch the individual competition and want some athletes to follow you can read our 2014 regionals athlete guide.  It has a small sampling of regional athletes that we either know, or who we find interesting.

Athletes to Watch at the 2014 SouthEast Regionals in Jacksonville

(Disclaimer: I can’t possibly know every story of every athlete. Most of the information below should be correct but it is possible I missed a fact or two as I wrote this very quickly and with very little  research.  If I missed a fact or even a cool story please share it in the comments and I will add it to this post.)

The 2014 CrossFit regionals in Jacksonville is going to be a blast to watch this year.  What makes the Southeast regionals so fun is that the athletes at the top are so close to one another as far as abilities go.  In some of the other regions you have about 3 – 5  men or women that you would say have a chance to win.  In the Southeast there are about 12 guys with a good shot and probably about 10 women.  In the final heat of the men’s competition last year there were around 10 athletes that still had a chance to make it to the games.  In the previous year most spots were locked up by the final heat.

Looking at the competitors this year, I would only put my money on one athlete who is a lock to make it to the games.  Talayna Fortunato is a standout in the SouthEast and is a complete package.  She has been here many time before, and just like last year, she just needs to cruise through these workouts to earn her spot.

As far as the women go, there are a couple interesting storylines that I will cover briefly. 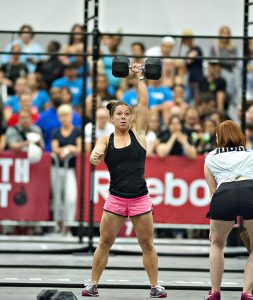 Emily Bridgers: Emily kills it every year in the open.  She has finished top 10 in the world after the open for the past three years but has yet to make it to the games. For some reason there is always one workout that seems to get her.  In 2012 she was inexperienced and finished 4th, in 2013 she had a rough deadlift/box jump workout in event 6  ultimately finishing in 5th place. Is this the year she rises to the top?  If she makes it to Carson she has a shot at winning but for some reason she always struggles at regionals.

Lauren Brooks:  Lauren Brooks is a very strong girl.  Until Taylar Stallings came along, Lauren always dominated the strength workouts. She was always a little bit stockier than other athletes and didn’t perform as well in the body weight movements.  However, all the changed in the off season this year.  Lauren got shredded to say the least. She is still super strong but doesn’t have an ounce of fat to spare. This resulted in her best finish ever in the open. She is top 3 and has a great shot of going to the games. 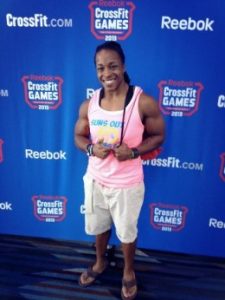 Taylar Stallings: Taylar is the only girl in the world who can do the workout King Kong RX. As a former power lifter she has deadlifted 534 pounds in competition.  Last year Taylar was very raw. She generally finished first or last in all the events (not really, but close).  She killed all the strength workouts but struggled with skills and body weight.  Now that she has a year under her it will interesting to see how she performs. Watching her at Crush six months ago, she looked much better skill wise.  However, is she going to be too heavy for the strict handstand pushups?  One finish in 25th place can knock you off the podium.  Taylar is going to need a flawless Regionals to make it to the games.  But, as a former power lifter myself I am rooting for her to make it.

Shana Alverson:  Shana is a fan favorite with her trademarked blue (or red or purple) streaked hair, popular blog and popular twitter account. Shana never kills it in the open but she always brings it to regionals. She made it to the games  for the fourth time in 2012 and was looking to make it a fifth straight year when she DNF’d by missing all her OH squats lifts in the 2nd even of 2013. This year she finished 38th in the open which is par for the course with Shana. Will this year be another 2012 where she comes from out of nowhere to make it to games?  If anyone can do it, Shana can.

For the men, the only person I would have banked on is ZA Anderson, who finished first last year in the SouthEast without winning one event.  He was very consistent and very focused and is also a complete package.  Unfortunately, ZA hurt himself just before the open and won’t be competing this year.  The other two competitors who made it to the games last year, Travis Mayer and Daniel Petro are both sitting near the top after the open along with a who’s who of the top 10 last year.  The only individuals not coming back from last year beside ZA, are Brandon Phillips and Matt Baird who are both going team. New to the top 10 this year are Josh Miller, Drew Shamblin, and Julian Serna who is sitting at number one.

Who I am rooting for this year: 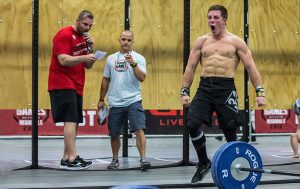 Noah Ohlsen:  Noah is a really nice kid who has been giving CrossFit 100% since his teenage years. I watched him have a difficult time in regionals in 2012 and then saw him dominate early on at regionals last year (2013).  He was killing it last year until getting tripped up in the deadlift/box jump workout (40th place) at the end of the second day which almost knocked him out of contention. He fought back on the last day but just couldn’t pull it off in the last workout. My guess is he was nothing but focused this past offseason.  I won’t be surprised to see Noah on the final podium this coming Sunday. 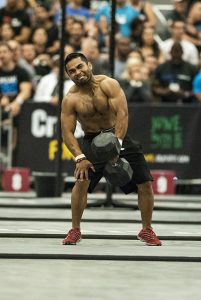 Irving Hernandez: Irving Hernandez was close in 2012.  He is just over 5 feet tall but is built like a brick wall. He has every tool needed to do damage at the games except for height. He has struggled with movements that favor tall people such as rowing and wall balls. In 2012 he would have made it to the games if it wasn’t for the rowing workout where we burned out fast on the rower.  Last year was a bit of an off year for Irving but this year he is sitting in the top 5 after the open. Irving even got national attention for his sick performance in workout 2 of the open where he busted out an ungodly number of unbroken chest to bar pullups at the end of the workout to smoke everyone else. The test for Irving this year is going to be Event 6.  The rowing, wall balls and box jump overs are not going to be friendly to him.  If he can finish at least top 10 in that event, then he will be going to the games.  That will be a tall order for him though.

Ryan Sunshine: Ryan was a former CFHC athlete before moving to Alabama for college. He started Crossfitting when he was in high school and even though he had a small frame everyone knew he had raw strength, endurance and talent. I used to workout with Ryan a lot back in the day and would occasionally beat him on a very heavy wod.  Of course, that would never happen again. Ryan has been lifting religiously and is easily putting 335+ plus over his head on Jerks now. In 2012 Ryan just missed qualifying for regionals by 1 spot.  He finished 61 in the region when the top 60 went.  Last year some injuries held him back in the open but he is now 12th in the region after the open.  In the southeast anyone can win so I will be rooting for Ryan as an underdog to make it to the games.

There are many more athletes out there with interesting stories.  Comment below to let us know who you are watching this year. Or send us a tweet on twitter @CrossFitPompano

HAVE A QUESTION? ASK US NOW!